DO YOU KNOW IF THERE IS CLADDING ON YOUR BUILDING?
Get a Preliminary Online Building Review now for just…
$77!
Purchase Now 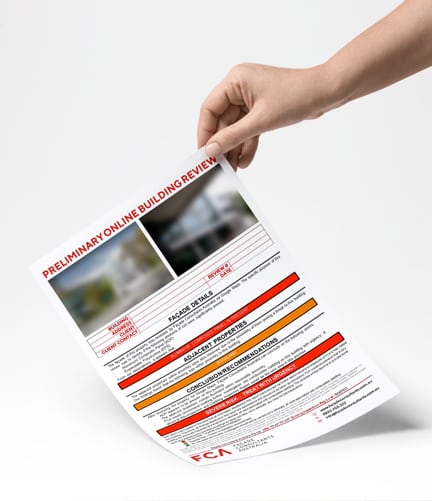 Home / News / The Combustible Cladding Issue – What’s it all about?
13 JulNews

The combustible cladding issue has fast become an international problem amongst the construction and property management industries. The highly flammable material has caused countless fires over the past five years, the most known being the Lacrosse apartments (Melbourne) in 2014, Torch Tower (Dubai) in 2015/2017 and Grenfell Tower (London) in 2017. The Grenfell Tower disaster is the most known due to the unfortunate death of 72 people who were trapped inside the 23-story tower block. The fire began in an apartment kitchen before raging through the building, fueled by the lethal polyethylene cladding. These disasters have highlighted how serious this issue is, yet a lot of questions still remain regarding what the issue is actually all about.

The Grenfell Tower fire has highlighted the importance of recognizing and responding to the combustible cladding issue.

The effect of this issue is very widespread due to its potential to be present on virtually any building in any location. Combustible Cladding is affecting most people connected to the construction, property management and insurance industries along with the many people who live, work or dwell anywhere near a building.

Combustible Cladding is a highly flammable building and façade product that has been installed on many buildings around the world. There are two particular products of concern that are explained in further detail under ‘The Products of Concern’ section.

In Australia, these dangerous building materials have been getting installed on buildings since the late 1990’s. The industry became aware of its deadly capabilities after the Lacrosse Apartment fire in 2014 and began preventing it from being installed after this date. However, when it actually ceased in getting installed in Australia is unknown.

The reasoning behind exactly how this product was ever allowed to be used in the applications it has been is vague. ACP was originally designed for signage and was a great product in this application. However, when it began to be used as a façade material, nobody detected how dangerous ACP with a polyethylene core or core with a percentage of combustible filler actually was. Some relate this to a similar situation as the Asbestos issue.

The Products of Concern

There are two particular products of concern that fall into the category of combustible or highly flammable cladding. These are;

The more notorious product is Aluminum Composite Panel or ACP. This product has caused the large disasters that have occurred, including those mentioned earlier. This product is the type of paneling consisting of two thin aluminum sheets bonded to a non-aluminum core and are most frequently used for decorative external cladding or facades of buildings and signage. There are many variants to this product consisting of different cores (the non-aluminum material to which the aluminum sheets are laminated to). The actual core type determines how flammable the product is. Learn more about this product here.

Expanded Polystyrene is the other cladding product of concern. It is a product constructed of polystyrene that it is used to clad walls and facades. It carries many advantages from a construction point of view as a lightweight yet strong, durable material that does not rot. Its use is on a lot smaller scale with its typical application being on smaller buildings and in smaller quantities. However, it is a lot harder to detect and is often visually hidden by other materials and finishes. It is also a major issue due to the typical building it is installed on often not having to legally have a fire sprinkler system. Learn more about this product here.

So what needs to happen to solve this issue?

We all know that one more life is one too many, this issue needs to be solved and solved quickly.

In order to do this, the industry needs to take responsibility for assessing and ensuring that they are safe and protected from this issue. More importantly, they need to move with urgency before disaster strikes again.

Due to its prevalent presence, attention to detail and thorough management is required so that not one building is overlooked. These materials are hard to detect, looking very similar to standard building materials and require thorough investigation and inspection.

We understand the cost that is associated with the resolving of this problem, however it is an insignificant cost compared to the cost of a tragedy.

Governments, councils and professional services have already put legislation in place and began requesting properties to engage somebody to inspect the façade of their building.

The problem has now been placed in the hands of property owners and managers to check out their building and rectify any dangerous cladding if it is present. 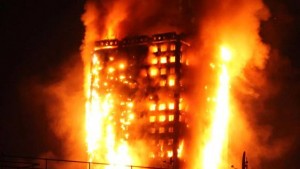 The combustible cladding issue has fast become an international problem amongst the construction and property ...
END_OF_DOCUMENT_TOKEN_TO_BE_REPLACED
News 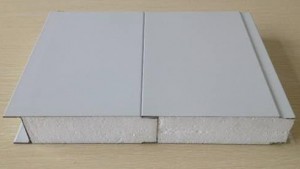 A closer look at: Expanded Polystyrene

Expanded Polystyrene (EPS) has become known for its role in smaller combustible cladding fires over the last ...
END_OF_DOCUMENT_TOKEN_TO_BE_REPLACED
News 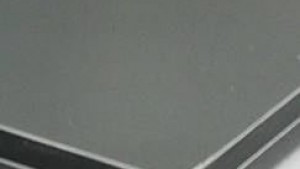 Aluminum Composite Panel has been a popular façade and cladding material over the past two decades. It holds ...
END_OF_DOCUMENT_TOKEN_TO_BE_REPLACED
"We at Insurance Aid General Brokers contacted Daniel Attwood from FCA when we were looking for a Cladding expert who could assist in reporting for ACP and EPS. FCA was the most reasonable company we found in price and was able to adjust their reports to meet the insurance company needs. We are happy to refer our clients to FCA as their reporting provides what we need when ACP & EPS cladding questions are raised by the insurers. They have a quick reporting turn around which is most helpful and are very responsive."

Kimberly LundbergStrata Team Leader at Insurance Aid General Brokers
“I have worked with Daniel Attwood on a number of occasions over the past 10 years. The first contact I had with him related to a $5 million project that ran successfully. He has very good construction knowledge and ability to provide solutions and positive outcomes in almost every application. His knowledge and integrity provides stability to the tasks on hand, and assists in keeping projects moving forward with confidence”